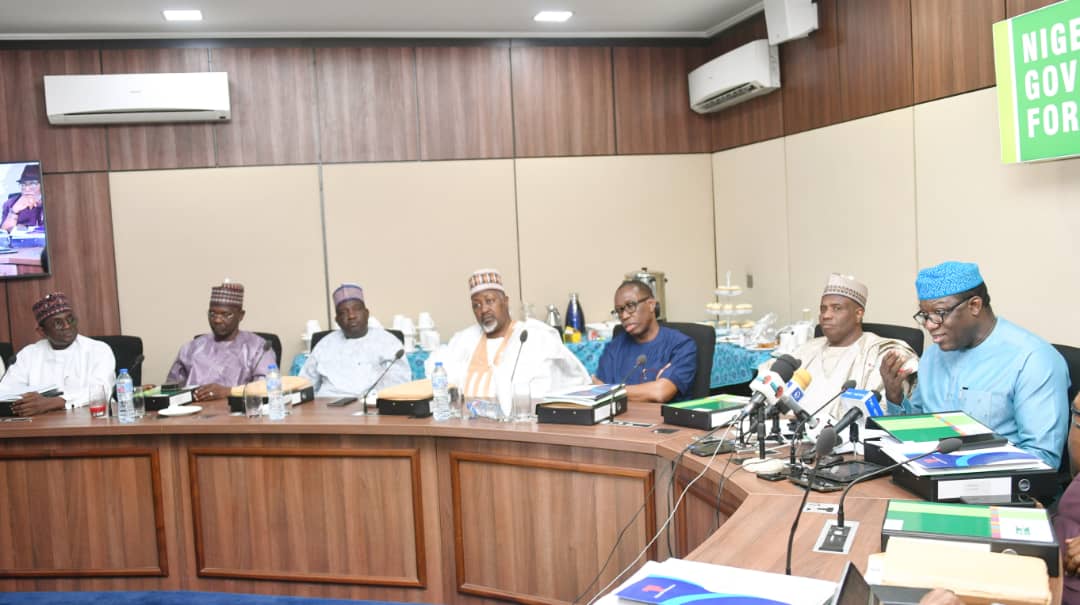 The Nigeria Governors’ Forum (NGF) says it is working with the Federal Ministry of Health and other agencies to intensify efforts to control Lassa Fever in the country, as well prevent any case of the Coronavirus in the country.

NGF Chairman and Gov. Kayode Fayemi of Ekiti, disclosed this while briefing newsmen at the end of the forum’s meeting held on Wednesday night in Abuja.
Fayemi said that the forum at the meeting received updates on Lassa fever epidemic and the “coronavirus”, killing people in China and it spreading to other parts of the world.

“The Forum received an update from the NGF Secretariat on Health priorities for year 2020, including the implementation of the Seattle Commitment signed by the Forum at a two-day High Level Roundtable on Primary Health Care and Human Capital Development convened in November. 2019 (by Aliko Dangote and the Bill and Melinda Gates).

“On the Lassa fever, we recorded cases in one or two states, Ondo in the South West and Kano in the North.

“I believe all our state are taking precautionary measures to address this in conjunction with the Federal Ministry of Health and the National Centre for disease control (NCDC).

“We are working to ensure that this does not spread any further than they have at the moment,” Fayemi said.

He added that the forum also agreed to carry out immediate action on the implementation of the Seattle Declaration including the constitution of a multisectoral Primary Health Care Under One Roof (PHCUOR) implementation committee.

He said that governors also agreed to review the Primary HealthCare performance in State Executive Council meetings quarterly, review of States‘ performance on the Abuja Commitment and organisation of advocacy meetings with traditional and religious leaders.

The forum also chairman pledged the governors’ resolve to work with the Federal Ministry of Communications and Digital Economy to achieve broadband penetration and digital economy targets in Nigeria.

He said the commitment followed a presentation to the forum by a delegation led by the Minister of Communications and Digital Economy, Dr Isa Pantami, to familiarise the governors on the new National Digital Economic Policy.

“The minister briefed the forum on the new national digital economy strategy and solicited the support of states on the development of business regulations around right of way and multiple taxations, around skills and innovations, infrastructure and indigenous content promotion.

“Governors expressed their readiness to collaborate with Federal Ministry of Communications and Digital Economy to developed state level digital strategies and committed to harmonise all rights of way charges across states to achieve the 70 per cent national broadband penetration by the end of 2020.

“Members also invited the ministry to take full advantage of the universe service Provision Fund (USPS) which was set up to facility investment in critical communications infrastructure across part of the country not considered commercially viable,” Fayemi said.

The Ekiti governor also said that governors would work with the

Federal Mortgage Bank of Nigeria (FMBN) to address housing deficit, as well as with the Bank of Agriculture (BoA), to address youth unemployment in the country.

“Following a presentation on the Citizens‘ Home Ownership programme ‘by the Managing Director of the FMBN, Mr Ahmed Dangiwa, members pledged to engage with the Bank to address housing deficit in the country.”

“Finally, the Forum received presentation from the BoA, Olabode Abikoye on a sub-natioual engagement model for youth employment in agriculture.

“Governors agreed to meet with relevant parties to discuss modalities for implementing the model.”

Fayemi, also disclosed that state governors were already paying back the budget support facilities given to the federal government in honour of their obligations, while they also came up with recommendations on modality for repayment of special funds generally.

“On budget support facilities specifically, states are already honouring in their obligations. They are already paying back what is owed to the federal government.

“But that has not stopped us from honouring the obligation to the federal government that lend the resources to us at the time that they did.”

Members of the delegation led by Pantami include the Executive Vice Chairman of the Nigerian Communications Commission, Prof. Umar Danbatta;

Others are Chief Executive Officer of MainOne and Chairperson of the Presidential Committee on Broadband, Mrs Funsho Okpeke; and Director General of the National Information Technology Development Agency (NITDA), Mr Kashifu Abdullahi.