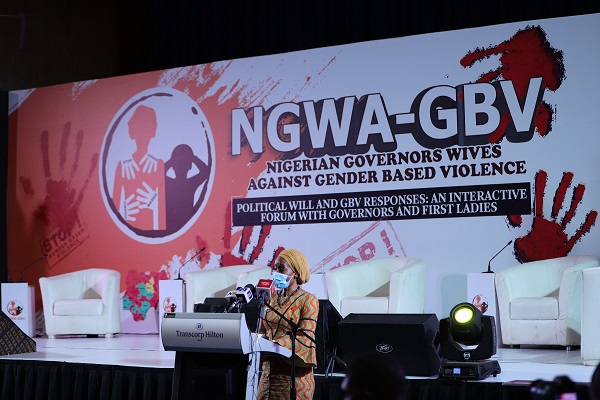 The Nigerian Governors Wives against gender based violence hosted their 1st Annual Conference for a policy dialogue with governors. The wives of Nigeria Governors have a deep concern for the state of gender-based violence in the nation. The case of rape and sexual assault in the nation is truly staggering and it has worsened due to the pandemic. This unfortunate reality led the Nigerian Governors to declare a state of emergency.

On the 10th of June, Nigerian Governors had declared a state of emergency on Gender Based Violence (GBV) towards addressing the various injustices that women and minors go through.

Chairman of NGF and Ekiti State Governor: Dr Kayode Fayemi had said that the governors committed in a declaration to
- Domesticate the two laws which punish violence against women and children across 36 states (VAPP and the CRA)
- Set up a sex-offenders register in each of the 36 states among many thing

In response to keeping up with the goal to curb gender-based violence, there has been a 16-day activism event. It started from the 25th November and it will run through the 10th of December.

The theme of this year’s international 16-day activism campaign event has been "Orange the World: Fund, Respond, Prevent, Collect!" It is meant to draw attention to the rising cases of domestic violence and abuse.

There have been discussions online and in person to raise awareness. The discussions include a dialogue with the media about better representation as to gender issues. There has also been the launch of a sexual assault referral centre.

Lastly, there was exhibition held to raise more awareness of the issues of violence.