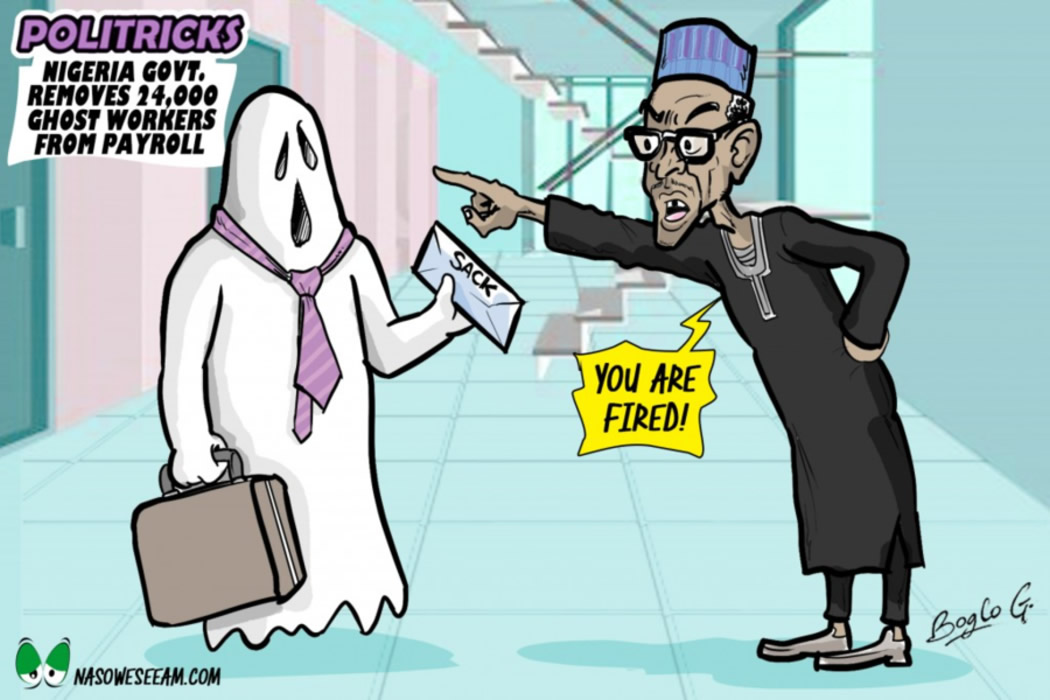 Sir: Payroll fraud which Nigerians have come to know as “ghost workers” is a deep-rooted problem for most governments, especially in Nigeria.

It will not be far from the truth to say that this ‘cancerous’ evil against the state is almost becoming the news-maker across most African countries these days. It is mostly caused by the absence of audit and accountability which allows corrupt payroll staff to manipulate government expenditures through ways they feel can never be exposed.

In a brave attempt to combat this predicament in Adamawa State, the governor, Senator Muhammadu Jibrilla Bindow, constituted a Payroll Verification Committee headed by Chief Maurice Vunobolki, an accomplished accountant and financial expert.

As part of its terms of reference, the committee was empowered to verify “the State Local Governments’ workforce (existing payroll structure) with a view to creating a database for effective implementation of e-payment salary system”.

Having followed this issue assiduously and relentlessly, I am aware that the task-force worked laboriously and uncovered 12,609 ghost workers from the 51,369 staff on the payroll of all the local government councils in the state.

According to the report, the committee had cleared 38,760 members of staff and rolled them over to the e-payment database. The rest were cases ranging from “failure to show up for the screening exercise”, “underage employment”, “Payment Voucher” (PV) and “Pay Record Card (PRC) alteration”, “employments that violated executive approvals and irregular employments.”

The success of the audit is also expected to practically rake in a whooping N548.5m to the state’s treasury as Personal Income Tax annually.

In the end, the verification exercise was reported to have exposed a gross financial implication of N341.5m monthly and N4.1bn annually.

But in a highly unusual move, representatives of “The Coalition of Local Government Civil Servants” in Adamawa State kicked, urging Governor Bindow to disregard the Vunobolki report and further lauded the State House of Assembly for passing a resolution suspending this lofty reform initiatives of the governor aimed at checking this malady called payroll fraud.

This apparently daft move is nothing but a strategy to double-cross the public, a well calculated ploy to frustrate the good-intentions of the Bindow-led administration.

This move must be stopped if we do not want the current process of development in Adamawa State halted by some individuals who obviously do not mean well for our dear state.

Why would the Coalition of Local Government Civil Servants call for the suspension of a report aimed at saving the local government money when it is public knowledge that Katsina State now saves about N500m monthly, Kano State is able to save over N283.5m monthly and AbiaState has succeeded in reducing its monthly wage bill from N1.5bn to N1.0 57bn respectfully following audit programmes which ensured the flushing out ghost workers?

The 21 Local Government Council representatives have uniquely shown that they are unqualified to serve as public officers both in integrity and decision making process.

It is disappointing that the white paper on recommendations of the Local Government Staff Verification Committee in the state, submitted to the Adamawa State House of Assembly is about to become a victim of partisan analysis. This is why my heart bleeds for the Land of Beauty!

We urge Governor Bindow and the Adamawa State House of Assembly Verification Ah-hoc Committee currently conducting sittings on the Maurice Vunobolki report to be mindful that a great number of concerned citizens of Adamawa both at home and in the Diaspora are poised to ensure that their efforts in defending the masses from sleazy pilferers are not thwarted.