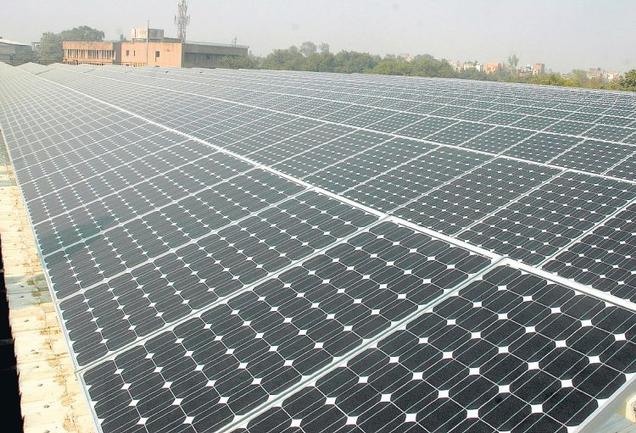 A Norwegian company, Novia Scotia Power Development Limited, on Monday said the proposed solar power plant in Dutse, Jigawa, would generate 80 megawatts of electricity when completed.
The company’s Managing Director, Mr. Amit Modi, disclosed this while speaking with newsmen shortly after paying a courtesy call on the State Governor, Alhaji Muhammad Badaru, in Dutse.
Modi assured that the project would be completed and handed over in 2018.He said that the 150 million dollars project would be transmitted to the national grid when completed.
He said that the company had already signed an agreement with the Federal Government to purchase the power and sell to companies.He promised the host community that the company would employ its sons and daughters, when the project was completed and commenced operation.Advertisement Modi said the company had already started paying compensation to owners of the land acquired for siting project. Earlier, Gov. Badaru said that the project would attract a lot of investments to the state. Badaru said that no industry could function without stable power supply; hence, the project would facilitate his effort to key in the state among industrialised states in the federation. He appealed to the company to honour its agreement and ensure that the project was completed at the agreed time in 2018.The governor added that the project was part of his strategy to woo investment to the state and pledged the government’s support to ensure speedy completion of the project.