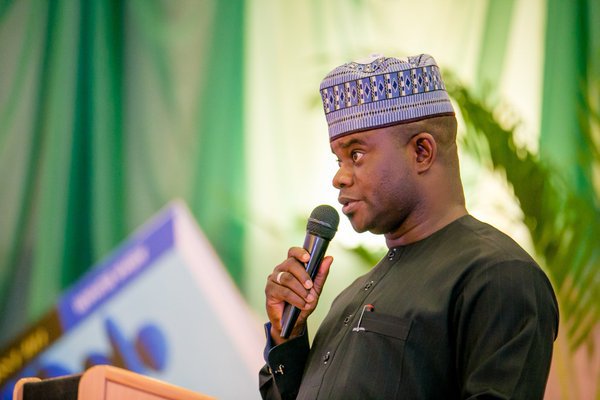 Chief Aniebira/Odeyiani of Abuja Municipal Area Council (AMAC), Alhaji Ahmed Talib El-Mudasir Babamba, has described the Kogi State governor, Yahaya Bello as the best governor, since the creation of the state. In an interview with LEADERSHIP in Abuja yesterday, Babamba noted that politics in Kogi State is not as bad as the way people outside the state are looking at it, adding that the state governor is making every effort to provide democracy dividends for the people. He noted that the problem in Kogi State is that one particular tribe, in the state, has been governing the state for over 20 years, adding that since God brought Yahaya Bello, from another tribe; it has

been difficult for them to cope the change. “Let me tell you that the politics in Kogi State is not the way people are looking at it. We know that for more than 20 years, one ethnic group has been ruling the state. So, it is not easy for them to accommodate Governor Bello, who is coming in from another tribe in the state. Yahaya Bello is the best governor I have ever seen in my world. Personally, I believe that it is God that brought Yahaya Bello as governor of Kogi State and there is nothing anybody can do about that, because the issue of Kogi State is in God’s hands.” The royal father advised Ebira community to always live peacefully with their neigbours any where they are, adding that the issue of Kogi State is in God’s hand, who will do the right thing at the right time.