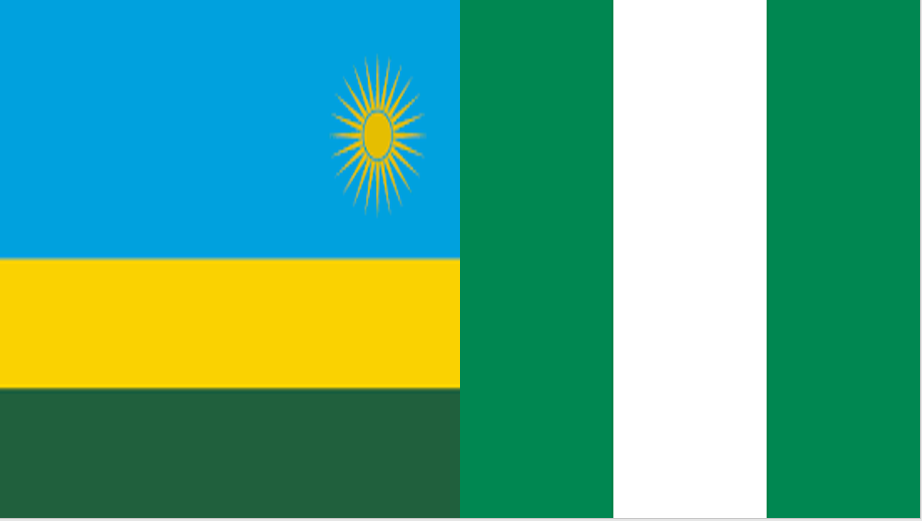 Abdulrazaque Bello-Barkindo
Our trip to Rwanda was supposed to be a red-eye shuttle. The mission seemed easy: To arrive Rwanda on Friday evening, rest, meet President Paul Kagame the following morning and deliver a proposal to invite him to the Nigeria Governors’ Forum’s flagship “State of the States” conference expected to hold in November, go sight-seeing on Sunday to the horrendous relics of the country’s genocide memorial, attend a wedding banquet in the evening and return on Monday. Everything appeared all worked out.

But man proposes and God disposes. Things do not always go according to plan. Preparatory to the trip, I read books on Rwanda, looked for restaurants and historical monuments, among other things. One book, We Survived, by Wendy Whitworth, provided me insight into the history of that country through the eyes of ordinary Rwandans. Nothing though tells you what to expect regarding the security infrastructure or the rhetoric that compels Rwandans to embrace their current reality. Some things only need to be experienced to be understood.

I travelled in the company of my director-general, Mr. Asishana Okauru, and his wonderful wife and former boss of the Federal Inland Revenue Service, Ifueko Omoigui-Okauru. In planning the trip, I thought it best to travel by RwandAir, to relish its African experience. The flight was splendid. The crew was all indigenous with Captain Safu in control. My wife, Agatha, who had only days earlier arrived from Europe and latched on to the trip with us, argued with me vehemently about take-off and landing, as usual. But once in Kigali, we began to see what was needed to keep an African country on the path to progress.

As Nigerians, we were allowed to obtain our visas on arrival in Kigali, but one of the girls that arrived with us who happened to be Ghanaian simply strolled through the corridor while we were being interrogated on our mission to the country. That meant that Ghana was visa-exempt in Rwanda but Nigeria was not. To me, it marked the beginning of the deconstruction of Nigeria. We stayed at the High-Ground Villa, an exquisite lodge run by a young engineer, Claude, who proudly introduced the edifice and concluded jokingly, saying, “and I’m the owner.” There was a compelling reason why Claude should be proud. The villa was atop Rebero Mountain with panoramic views of Kigali and its endless hills. During the day, it looks a lot like Ibadan, running splash in rust and gold, but at night the sparkles of tiny lights in the hills make the town look like paradise unexplored, a view that power-failure denies Ibadan. Claude called Rwanda “the country of a thousand hills and a thousand opportunities.” He’s right on the dollar!

Indeed, any young entrepreneur would bask in the glory of Rwanda’s opportunities. Claude’s views of Nigeria, though, were ones that made my gaze dip. He fall my arm.

“If we had the oil and the solid minerals that Nigeria has, we would have been aiming to rule the world,” he enthused. To get even, in a quick take-back, I said to Claude: “or you’d have burnt each other with the oil, knowing your history of violence against one another.”

But his message was loud and clear, read: Nigerians are wasting Africa’s opportunities. The amazing thing, as he explained, is that, quite unlike Nigeria, where tribe, ethnicity and religion have been our bane, Hutus and Tutsis are merely a creation of some phoney Belgian colonialist who stratified the people by sharing meaningless identity cards among them. They are the same tribe and one people. As at today, it is illegal, in fact, an offence, to introduce oneself as either Hutu or Tutsi in Rwanda. To think because of the genocide that Rwanda would be all male, pale and stale is, perhaps, the most fatalistic impression of that country. Kigali is a beauty to behold. Although at the Genocide Memorial we were told by a guide that virtually every bit of Rwandan soil probably has a corpse beneath, the people of Rwanda move around with pride, and speak with tongues of humility, see with eyes of hope and reason with a lot of wisdom. In fact, a mass grave was dug out just a week before we set foot in Kigali and they continue to make such gory discoveries all around the country, but the people keep hope alive. It is ironic that older males walk around with a limp or an amputation, all momentos of the genocide, in a population that is at best young and evolutionary.

As a country, Rwanda represents the most present impression of an African state moving in the right direction. Its capital is reputed to be the cleanest city in Africa and I asked my taxi driver, Gikondo, what would happen if I threw a piece of paper on the streets, as Nigerians are wont to do, and he told me that, as a visitor, you’d be considered ignorant, but added that, even if the President were driving behind you, he’d stop and pick the piece of dirt up himself.

It is the best indication of faith in a country and its leadership. But here is the teaser. Our visit coincided with a state wedding, which was accompanied by a state banquet that we attended on Sunday. While every guest was seated, and the comperes, a male and a female, were bantering with jokes, Paul Kagame, the President himself, walked in casually, traced his place in the crowd, sat down, looked around for the bride and the groom, sighted them, walked over there to greet the newlyweds and returned to his seat while the proceedings continued uninterrupted. There was no interjection announcing his arrival, no national anthem and no sign that someone who was better than the rest had come. We often argue over why Kagame was wanted for a third consecutive term. Visit Kigali, there is proof that hope lives in Kagame’s humility and his vision. There are cameras everywhere, but there is freedom too. That, I liked about Kigali.