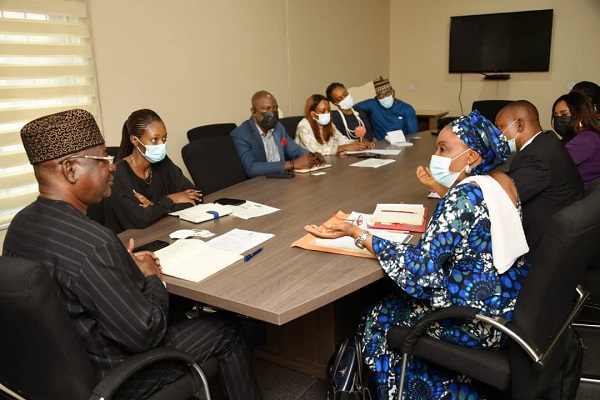 Service delivery is significant because its impact or lack of is felt in every facet of life. Service delivery is felt in the education system, the economy, business, and infrastructure. The role of service delivery can’t be underestimated. SERVICOM met with the Nigeria Governors’ Forum Secretariat on Thursday, July 29th, 2021. They were led by their CEO/National Coordinator Mrs. Nnenna Akajemeli.

SERVICOM is an initiative of the Federal Government of Nigeria conceived to promote effective and efficient service delivery in MDAs to ensure customer satisfaction and to manage the performance-expectation gap between Government and citizens as well as other members of the public, on issues of service delivery.

She further stated that there should be an institutionalization of SERVICOM at the federal level. The standardized levels rendered are for Aviation, Health, Transport, Agriculture, Education, Power, Works & Housing. “The challenge in the adequate process of communicating service delivery has to do with the fact that some states are battling with insecurity challenges,” said Akajemeli.

The SERVICOM team intends to ensure that the same service is rendered to everyone. The goal is that people will be able to come up with enough knowledge and be held accountable.

For SERVICOM to be properly set up and established in various states, there would need six key steps to establish service in each state. First, people would know what to expect from the government. Then, there would be monitoring and reporting of performance to report on milestones.

SERVICOM intends to heighten awareness in all states. One of the ways that they have carried this out is through Human Rights Radio. They have also engaged with providers and service stakeholders. “We intend to build capacity around civil servants and custom service. Our aim here is to get the nod of the Governors,” said Akajemehi.

Mr. Lateef O.T Shittu, the Executive Director, Strategy and Research said that for SERVICOM to be effective, they should ensure to have adequate training. “You can’t give what you don’t have,” said Mr. Shittu.

Mr. Shittu noted that it’s significant that training would be at the heart of the program no matter what level that the staff is at. The National Coordinator, CEO reiterated the goals for SERVICOM. She stated that for every state, they want the Governors to lead with their Executives. They would have a retreat where they would pledge.

They would be driven by their SSG. She added that the aim is to establish visible customer service in the government. It would be customized to each state to suit them. “This trend is to ensure that the government would touch the lives of others. This would be done through the institute and the service charter.”

Akajemehi further stated that facilitating engagement and connectedness with all people is the ultimate objective. To achieve this, they would require a focal person for each state. The state would be set up by the offices. They would have a template for all states on implementation.