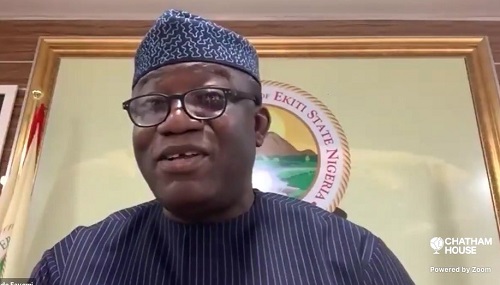 The Chairman of the NGF, Dr. Kayode Fayemi says that the Governors commend the President on the development of the Petroleum Industry Act in the country. He said that “we don’t have a problem with the act being signed into the law. We would have been happier to be a member of the implementation committee. To be represented at the sub-nationals.”

Mr. Fayemi said that Governors encourage the new regime. The only issues are around ownership, structure, accountability, and transparency.

The Chairman stated that the Honorable Minister of State reached out to him. It has been indicated that the letter on Governors's suggestion towards the PIB bill was received.

The Officials who are the drivers, part of the implementation committee have reached out to the Governors. He believes that they know the place that the sub-nationals hold.

Watch the full clip on our YouTube channel here