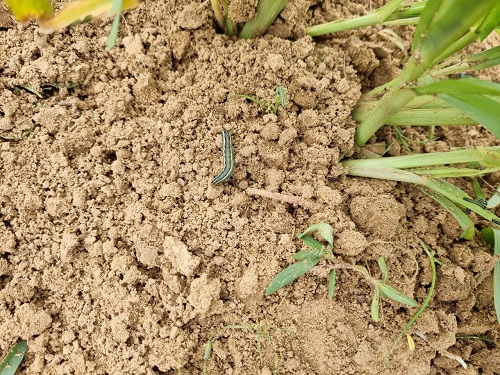 The Nigeria Metrological Agency (NIMET) prediction for the farming season of 2022 was almost absolutely true. The rains started early, in most parts of the country, farmers rushed to their farms to plant, and the rains ceased abruptly.

There is nothing more painful to a farmer than the total loss of seeds. Seeds are held in high esteem, protected heavily, and prayed upon assiduously. This became the first indicator of a looming food crisis in Nigeria.

The Agricultural value chain is the same the world over, land clearing, land preparation, planting, first weeding, fertilizer application, second weeding, pests, and disease control, effective and efficient water management system care, and real care, as in the case of a couple getting their very first baby.

Then the value-chain started disintegrating, tractors became a mirage across the country for land preparation (both harrowing and ploughing); the high cost of diesel from N200/liter to almost N900/liter, changed drastically from the usual Tractor Hiring Service of N7,500/hour to about N30,000/hour, with N20,000.00/hour in Yobe State, which is among the lowest in the country.

Similarly, the Management of the Yobe State University, Damaturu, fixed it at N10,000.00 (Massive competition further ensued, as the 5th-month ASUU strike has forced many academics to the farms). The competition became on a “WHO DO YOU KNOW” basis.

NPK 15:15:15, SSP and Urea (all in 50kg bags) sold for N8,000 to N9,000 last rainy season, today, according to Most Distinguished Senator Mohammed Bima, the Chairman, Senate Committee on Agriculture is N35,000.00, depending on availability and closeness to the ruling parties in the states.

With the above scenario, farmers remobilized back to the farms, with Animal Traction, (Animal Powered Mechanization) Camels, Cows, Donkeys, and in very frightening cases for the first time, the use of hefty men to pull the ploughs! Seeds are borrowed from family and friends, from seed vendors, or freely given by strong in-laws.

The rains came again, and the planting season began, for the second time in earnest. Excellent germination, almost 95% were recorded across most farms.

Then the scramble for fertilizer, most soils are “tired” in Nigeria due to our intensive subsistence system of cropping, year-in-year-out. Farmers became desperate since Chemical Fertilizers are beyond reach, alternatives were sourced in organic manure, cow dungs, poultry droppings, abattoir refuse, and even home refuse became a gold mine.

The introduction of the above organic wastes onto the soils came with its own disadvantage, the introduction of new crop varieties (now weeds, since unwanted) new pests and diseases, and undegradable materials (plastics, pieces of tyre, bags of sachet water, the ubiquitous black nylon bags, which all contribute to disruption in crop growth through infringement of soil microorganic activities, aeration, and general edaphic ecosystem.

Then the army worms emerged, very active and highly gregarious, from beneath the plants, devouring the whole canopy in a matter of minutes. 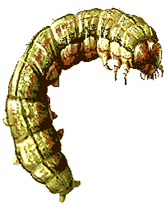 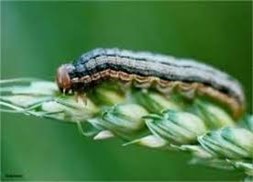 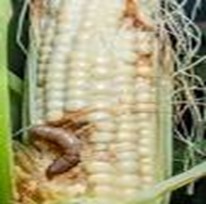 The control came with further frustrations, chemicals Zeropest, Fixit-Ga, and Curator-Ga all usually recommended for the control of armyworms became exorbitant, with adulteration and counter-fakes.

Some farmers resorted to the use of wood ash, kerosene, and even a mixture of PMS, the worms got killed and so did the crops.

In the North Western part of the country, Kebbi, Sokoto, Zamfara, and Katsina axis, the rains came early and some grains like millet, maize, and rice have already started tassling (the grain filling process), then the grasshoppers and the red beaked birds came calling.

With an already estimated 59% post-harvest loss in Nigeria, State governments should be advised to mop up food for the strategic Grain Reserve methods.

The above scenario is further escalated by the crazy insecurity across the country. New levies surfaced Farm Going- Fee, Farm Inspection Fee, and the most outrageous “Harvest Fee”.