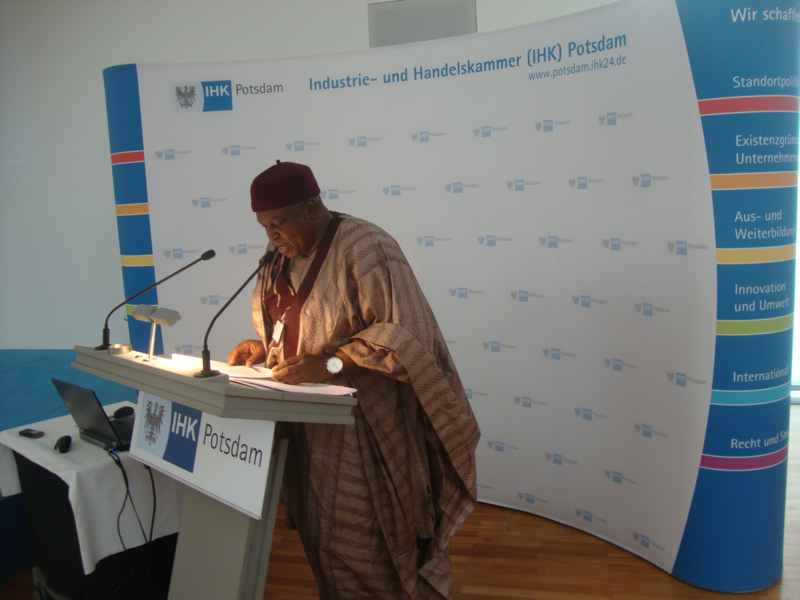 The trip of the Nigeria Governors Forum (NGF) to Germany drew knocks and condemnation from Nigerians. JONATHAN NDA- ISAIAH, in this report writes on the gains of the governors’ trip to Germany.
When the chairman of Nigeria Governors’ Forum, AbdulAziz Yari announced that governors will embark on a training to Germany after a meeting of the forum, it elicited different reactions from Nigerians. People questioned the rationale behind the trip in view of the current economic realities.

It will be recalled that 27 states in the country are struggling to pay salaries while about 20 of them are on the verge of bankruptcy.

President Muhammadu Buhari has twice, since assuming power, given bailout to states to offset salaries. Even the bailout funds are mired in controversy as some states have been accused of diverting the bailout funds to private pockets and not used for purposes that it was intended for.

On July 26, Six Nigerian governors left the shores of the land to embark on an official trip to Germany. But the trip came about as a result of a presentation by the German Ambassador to Nigeria at the July 17 NGF meeting where he showcased several areas that Nigeria could rely on to diversify its economy, now that the country’s over-dependence on oil has proved, so predictably, to be more of a curse than a blessing.

The six governors that made the trip include Darius Dickson, Taraba State, Kashim Shettima, Borno, Ayade Benedict, Cross River, Dave Umahi, Ebonyi, Aminu Tambuwal of Sokoto and the chairman of the Nigeria Governors’ Forum Abdulaziz Yari Abubakar of Zamfara State. Benue State was represented by the governor’s special adviser on the diaspora, Kebbi sent its finance commissioner while Niger State delegated a member of its House of Assembly on the mission.

Ambassadors of other African countries resident in Berlin like those of the DRC, Madame Clementine Shakembo, Florence Isabelle of Madagascar, Marmo Phillips, Tanzania, Nchama Maylboro of Equatorial Guinea also seized the opportunity to attend the meeting due to its importance to their countries’ economies. Out of these, 25 companies had, by the end of the mission, indicated their willingness to invest in Nigeria. They are expected in the country to sign MoUs and make further arrangements toward the take-off of their projects between 4th and 8th of October this year.

However, the relevance of the presence of the governors on the trip cannot be allowed to simply evaporate. Cross Rivers Governor Ayade summarily declared a one-stop-shop by asking the investors in whose capacities he was interested, to, without much ado, return with him to Nigeria to commence the implementation of their agreed programs on alternative energy in his state.

Apart from the immediate benefits that could accrue to the mission, another thing that made the governors’ presence absolutely imperative is the reputation that Nigerians have acquired in the eyes of the world. That impact was further accentuated by the presence of the Attorney General of the Federation, Abubakar Malami (SAN) who informed the Germans of Nigeria’s departure from a mono-product economy towards diversification to, especially agriculture, job creation, renewable energy, rural electrification and solid minerals. Malami explained that it was against this background that the state governors were in Germany to partner with prospective investors and declared, while enumerating the numerous business opportunities in Nigeria, that his office has “revised Nigerian laws and policies to provide an enabling and clement business environment, where investors’ monies are safe and secure, as well as their lives.”

He also allayed their fears on personal security, citing the successes of the country on the war against insurgency as proof. In response, Ambassador Spasswasser of the German Ministry of Foreign Affairs commended Nigeria’s efforts at taking positive steps at making its country safe for investment, while encouraging his compatriots to seize the day in maximising the benefits that are provided by this wilderness of opportunity called Nigeria.

At the Ministry of Economic Cooperation and Development where the Nigerian delegation was received by the German Chancellor, Gunter Nooke, the chancellor expressed regret at the way insurgency affected the development of infrastructure and agriculture in Nigeria. He also condemned the deplorable conditions of the IDPs which had attracted the attention of the international community to the country asking government to do more in involving the private sector in economic development.

Nooke said that Germany was helping Nigeria in several projects which include energy development through energy partnerships but frowned at the wastage of gas by the NNPC through gas flaring. He suggested that embarking on small scale renewable energy projects would benefit the country if it took the lead, adding that Germany was willing to cooperate with Nigeria in that area.

The German trip was facilitated by the Nigerian Mission in Germany in conjunction with the POTSDAM Chamber of Commerce and Industry from the German end. At the reception organised for the visiting governors, Jens Ullman, the Director of the CCI POTSDAM said the Chamber’s 6,370 members in various sectors including renewable energy, information technology, rail technology, agriculture, manufacturing, infrastructure, construction and transportation among others would readily do business in Nigeria which, in all ramifications is an emerging market, if the necessary policies for safeguarding investment are rife.

Responding on behalf of the governors, Darius Dickson assured the Germans that Nigeria is doing everything possible to mitigate the vagaries of unsafe investment, adding that it is also pulling itself out of the illusion of a single product economy towards diversification.

According to him, “Nigeria had depended on oil revenue for a long time, which had adversely affected the country’s economy following the global fall in oil prices, explaining that the country’s huge potentials in other non-oil sector activities like agriculture and solid minerals have now veered the nation towards diversification of the economy. He said the governors were not in Germany for any talk shows but to seek partners for serious non-oil business investment and to borrow technology in order to train people in new revenue sectors for the benefit of their states.