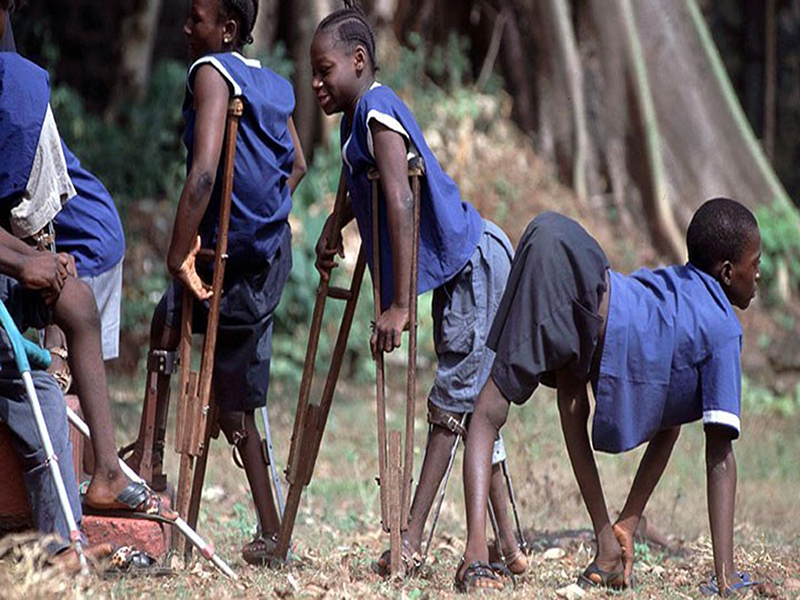 The Nigeria Governors’ Forum (NGF) has expressed optimism that the country will meet the 2017 deadline of achieving polio free status.
Chairman of the forum, Abdulazeez Yari says the forum is ready to continue to give necessary assistance that will consolidate ongoing fight against polio disease.
He was speaking at the NGF meeting held on Monday at the banquet hall of the presidential villa, Abuja, the nation’s capital city.
He said, “On the issue of Polio, it is no longer news that we have outbreak which has set us back in Borno and all of you, all of us, we can understand why in Borno because of lack of access by the health workers and all hands are on deck.”
Abdulazeez Yari who is also the Governor of Zamfara State maintained that the governors are committed to partnering with the Federal Government to further eradicate polio in its entirety.
The country’s Minister of Health, Isaac Adewole was also on hand to make presentations to the forum.
He assured that the Federal Government is not resting on its laurels towards achieving a national policy framework that will not only win the fight against polio but also sustain the progress being recorded in the health sector.
“What we have done is to mount a robust response against polio. As we know we have had four cases of wild polio and all the four occurred in areas where these children did not have access to modern medicine.
“So what we have done was to do four rounds of campqign. We did 800, 000 children in the immediate area, we have done four states including Bauchi. What we have done is another 18 states and between now and December altogether we will do a total number of 41 million vacinations.”
He disclosed that Nigeria is making giant stride in the fight against polio, having received international plaudits in that front.
“We are going to share experiences with neighbouring countries of Chad, Niger, Central African Republic and Cameroun. So we are doing very, very well,” the Minister enthused.
As the set date of declaring Nigeria free of polio gets closer, experts are calling on government to further involve all stakeholders that contribute towards liberating the nation from the shackles of polio.
Nigeria’s dream of being certified Polio free by 2017 was cut short following the discovery of two cases of the virus in the North east part of the country in August.
Nigeria had its last case of the virus was reported in July 2014.
The outbreak, which has also been confirmed by the World Health Organisation, is a huge blow to the country’s hopes of achieving a polio free status.
In August, the Federal Ministry of Health supported by WHO, UNICEF and partners of the Global Polio Eradication Initiative began an emergency Polio immunization campaign in Borno state.
Following the recent outbreak of the Polio virus in Northeast Nigeria, Borno State Governor, Kashim Shettima said the inability of health officials to access remote areas held by Boko Haram insurgents is the reason for the resurgence of polio in the state.