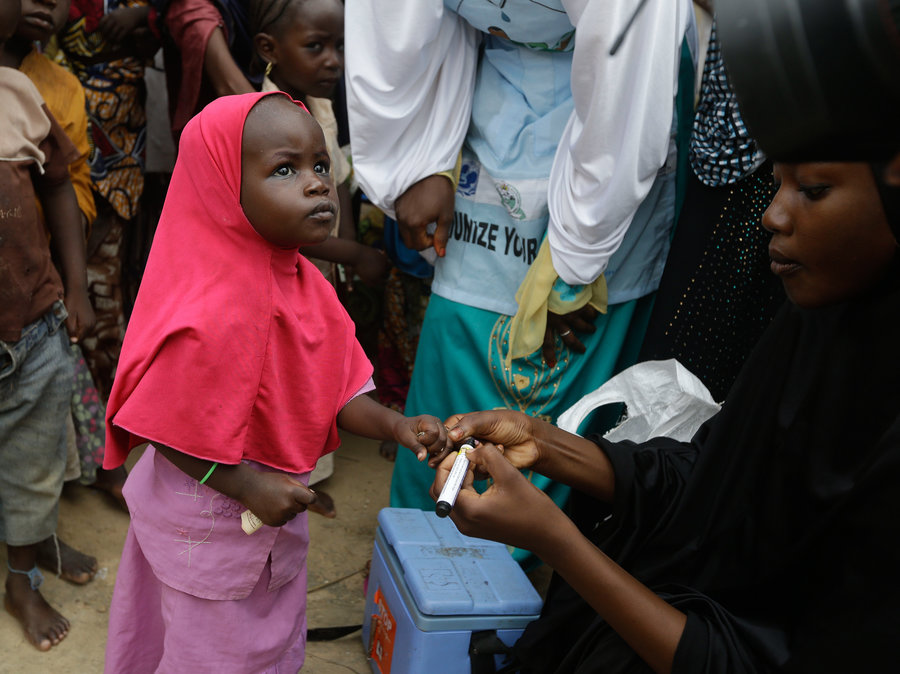 By Gabriel Olawale, Erezi Efeunu & Daniel Oduvwu As the world marks this year’s World Polio Day, the Federal government is immunising 41 million children against the wild polio virus by end of December. The immunisation exercise which is part of strategies aimed at eradicating polio from Africa by 2017 is being extended to Niger, Chad, Cameroon and the Central African Republic. Unveiling these plans, the Minister of Health, Prof. Isaac Adewole, said that five rounds of immunisation against polio will be conducted in the country as part of the push to eradicate polio. “In Nigeria, we are planning five rounds of immunisation; we have done one in the immediate area, where we immunised about 800, 000 children. “We will do another round of four to 18 states and go back to do another round of 18 states. By December, we will have immunised nothing less than 41 million children under five years of age in Nigeria.” Adewole said the discovery of wild polio virus in Borno State was a great setback on the country’s journey toward final eradication of polio. “We thought that we had overcome polio, unfortunately between July and October, we detected four new cases.” “Our target is for Africa to be free from polio by 2017. As part of joint effort to ensure the eradication of polio virus from Africa, we have an elaborate ring fence immunisation that is going to take place not only in Nigeria, but also in Niger, Chad, Cameroon and the Central African Republic.” In a related development, the World Health Organisation, WHO and United Nations Children’s Fund, UNICEF, have acknowledged the work done by the Nigerian government to keep the affected region polio-free.