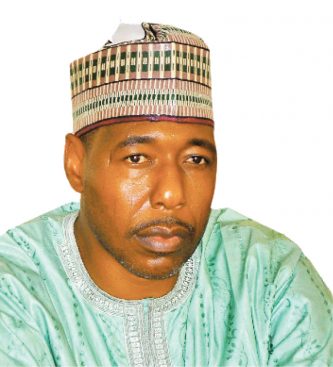 Babagana was born in August 26, 1969 in Mafa Local Government Area of Borno State. After elementary schooling in Mafa Primary School from 1975 to 1980 and secondary education in Government Secondary School, Monguno from 1980 to 1985, he went to Ramat Polytechnic, Maiduguri, where he obtained a National Diploma in Irrigation Engineering in 1998.

Babagan's first appointment was in 1989 with Borno State Civil Service as an Assistant Technical Officer in the State's Ministry of Agriculture. In 1990, Babagana moved into Borno State Unified Local Government Service as Senior Field Overseer and later Principal Water Engineer. In 2000, he took up an appointment with the University of Maiduguri as an assistant Lecturer where he rose to the rank of Professor. Babagana was Deputy Dean and Acting Dean, Faculty of Engineering in 2010 and 2011 respectively. In 2011, Babagana Umara was appointed the Rector of Ramat Polytechnic. Meanwhile, he retained his teaching position in the University of Maiduguri. In 2015, he was made Commissioner of Reconstruction, Rehabilitation and Resettlement by Governor Kashim Shetima of Borno State, a position he held till 2018.

On October 1, 2018, he won the gubernatorial primaries of the All Progressive Congress for Borno State. Professor Babagana was elected to the Office of the Governor of Borno State at the 2019 governorship election held on March 9, 2019 with 1175440 votes.