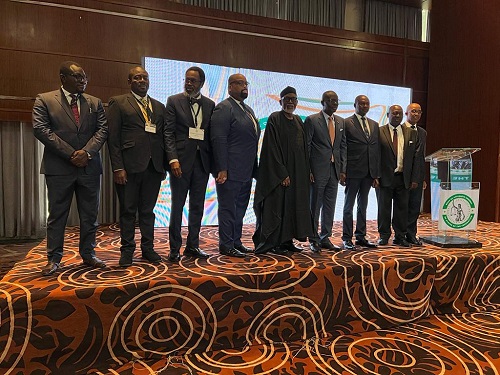 Against the background of incessant, unsettling threats by federal government agencies to the states, the Body of Attorneys-General of 36 States of the Federation (BOAG) has condemned the scenario and asserted that state governments are equal and not subservient to the federal government Honourable Attorneys-General of the states of the federation converged in Lagos between 15th and 17th of June 2022 to take a fresh look at key issues central to their constitutional briefs as Ministers in the hallowed temples of justice in their various states.

In attendance were also the governors of Lagos State, Ondo State, and the Honorable Attorney General of Federation amongst other invited dignitaries.

The Nigeria Governors’ Forum (NGF) Secretariat was represented by the Head, Legal, and Senior Legal Officer at the conference.

The Body of Attorneys-General in a communique issued at the end of its meeting in Lagos, frowned at the threat by the Federal Inland Revenue Service (FIRS) to recover unremitted tax deductions by states and local governments.

It could be recalled that FIRS had in a public notice warned that most states and local governments have failed to remit to the Service Withholding Tax (WHT) and Value Added Tax (VAT) deductions from payments made by them to contractors and service providers as required by law.

The BOAD conference undertook to send a formal response to the FIRS, underlining the agency’s flawed position and providing specific clarification that the revenue agency lacks the power to impose any penalty on the states.

The communique was jointly signed by BOAG’s Chairman and Secretary, the Attorney-General and Commissioner for Justice, Lagos State, Mr. Moyosore Onigbanjo, and his Nasarawa State counterpart, Dr. AbdulkarimKana.

Concerning the federal government’s attempt to deduct States’ funds to offset an alleged consultancy fee of $418 million arising from the London/ Paris Club Loan refunds, the conference resolved to continue legal resistance against wrongful deductions of States’ funds under any guise.

Further, the BOAG held that the Federal Ministry of Justice, the Central Bank of Nigeria, and other relevant federal government agencies should cease all further action on the matter pending the final resolution
of an appeal filed on behalf of the States.

Regarding the subsisting court action on the right of States to collect Value Added Tax (VAT) and the existing judgment to that effect, the conference also resolved that given its absence from the 1999 Constitution, VAT remains a residual matter that falls within the exclusive legislative
competence of each federating state.

Holding that the judgment of the Rivers Division of the Federal High Court backs the constitutional position that VAT is a residual matter, BOAD said that states were not opposed to a political resolution of the dispute to balance fiscal federalism with equity.

Governor Rotimi Akerodolu of Ondo State in his speech appreciated the efforts of the Honorable Attorneys General in promoting peace and justice in their various States. He alluded to the fact that there is a need for a comprehensive review of the 1999 Constitution of the Federal Republic of Nigeria as amended, on issues of State policing and the need for States to set up an anti-graft agency to tackle issues of corruption.

The Honorable Attorney General of Federation in his remarks noted that as Ministers in the hallowed temple of justice, they must be conveyors and promoters of peace, unity, and harmony at such a time like this, to promote brotherly relations and development in the country.

He further noted that as a product of Sections 150 (1) and 195 (1) of the 1999 Constitution (as amended), the very nature of their office demand that they should always be guided by public interest and the interest of justice in the conduct of the legal business of government as provided by the Constitution.

The NGF Director General’s opening remark was taken on his behalf by the Head, Legal. He thanked the Honorable Attorneys General for their effort so far in resisting the $418 London-Paris Club refund claims by consultants claiming to have worked for the Forum and hoped for more cooperation in other matters that affect the States going forward.

Following the Plenary, the Attorneys-General went into the Technical/ Main business of the day. They were again addressed by the NGF Head (Legal) who brought them up to speed with the cases being handled by the Forum.